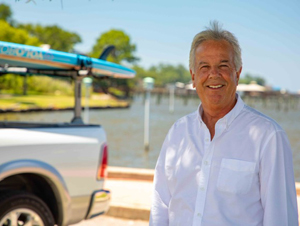 John Manelos retired from BP as Vice President of Security and Crisis Management for their Gulf Coast Restoration Organization. In that capacity, he was a member of the senior management team responsible for managing and directing the activities of the 40,000-person organization tasked with the clean-up in the aftermath of the BP oil spill. In 2020, he ran for Mayor of Fairhope, in large part over the concerns related to the continued pollution of Mobile Bay. Prior to that he served as a volunteer member of the Personnel Board of the City of Fairhope.

In 2012, Manelos retired to Fairhope, then launched his newest business venture, Fairhope Paddleboard. Concerned about the harmful impact of pollution on Mobile Bay and surrounding estuaries, he served as a volunteer member with the Coastal Wildlife Rescue and Research Center to rescue migratory and protected coastal birds within Baldwin County.

He lived and worked internationally, serving a broad range of domestic and international clients by providing risk mitigation strategies. While working abroad, he served clients in Asia, Central and South America, Europe, the Caribbean and North Africa. In 2002, he earned a master’s degree in conflict management from Kennesaw State University in Kennesaw, Georgia, and is a Registered Mediator in Alabama. Manelos earned a bachelor’s degree in criminal justice from Sam Houston State University in Huntsville, Texas in 1982. In 2017-2018, he volunteered in Alabama’s Thirteenth Judicial District, State Civil District Court in Mobile, as a mediator and co-mediator in a range of civil disputes filed with the courts. He has a professional and personal reputation for respectful leadership and bringing people together.

Manelos is the proud father of two adult sons, Will Manelos, 37, of Los Angeles, and Nick Manelos, 38, of Atlanta. He and his wife, Robin, like to spend time outdoors paddle-boarding and enjoying the beautiful waters of coastal Alabama. 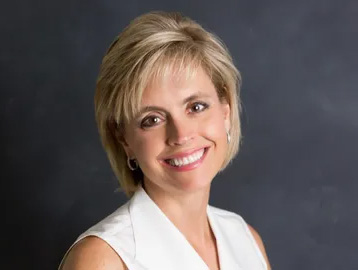 Having sold real estate on the Eastern Shore for over 25 years, I’ve learned our beautiful bay, beaches, and rivers is one of most sought after and valuable resources.  I want to preserve that for my children, grandchildren, and the generations to come. 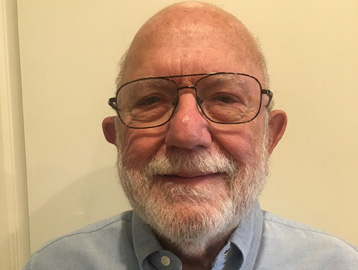 Mike Dudley is a retired CPA whose career took him across the globe working for The Cornelius Company, a worldwide manufacturer of soft drink and beer dispensing equipment, as well as Worthington Tractor Parts, a chain of salvage yards for self-propelled farm machinery. He and his wife, Kathleen, moved to Fairhope from Missouri in 2008, where he was a volunteer at his church, the Missouri Botanical Gardens and the Missouri Historical Society, and also involved in local politics. Mike’s concern for the issues involving Mobile Bay and the adjoining rivers, streams, and bays is what led him to join CWA. 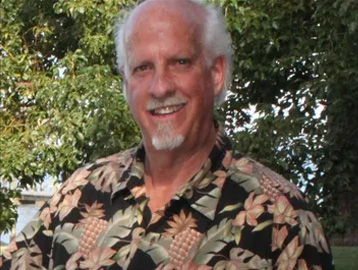 Mr. Woods has been writing screenplays, television shows and books since attending the University of Southern California’s School of Cinematic Arts in the early 1990’s.

During the previous twenty years, John was President of two major corporations; the last being a major print brokering company with facilities located in the Philippines. He founded indieTV in 1997 (www.indietv.com), which has been a pioneer in interactive television with such partners as Microsoft Corporation.  indieTV was also the first company to film a television pilot in HD format.

His first fiction novel, Return to Treasure Island has received numerous awards and recognition including the prestigious Silver Medal for book of the year by the Independent Book Publishers Association. The book is forwarded by LeVar Burton  and was praised by Clive Cussler and Jack Butler. (

Since then he has written seven books and various articles for newspapers and magazines.

As a child of the sixties, he believes strongly in preserving the environment, with specific emphasis on the water he grew up in learning to surf.

John lives in Fairhope, Alabama with his wife Judy and their dog Jazzy. 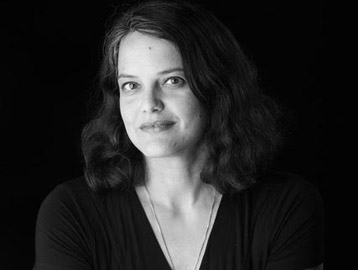 Born in Indonesia to Italian parents, Deborah Bruijn immigrated to the US as a child.  She is a chemist, soapmaker, mother of two and owner of Fairhope Soap Company, LLC.  She has a BS in Chemistry and has worked as a Biochemist and a GMP Analytical Method Development Chemist in the pharmaceutical industry for 10 years.  Deborah quit the lab and now soaps full time doing the only legal “work from home” job a chemist can do.  She is a Handcrafted Soap and Cosmetics Guild Certified Advanced Soapmaker and a member of the Society of Cosmetic Chemists.  She speaks, teaching the chemistry of Soapmaking and Cosmetic Chemistry, to handcrafters at conferences all around the country.  She founded Fairhope Soap Company 9 years ago in Fairhope, Alabama and now has two brick-and-mortar shops in Baldwin County, in addition to its online store.  Active in the community, Deborah served as chairwoman of the Baldwin County Libertarian Party, and is a Paul Harris Fellow with Rotary International. 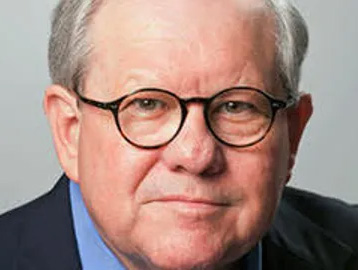 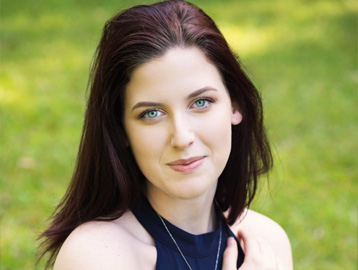 My name is Grace Roberts and I’m an illustrator and 3D artist from Mobile, Alabama. I recently graduated from Coastal Alabama Community College with an Associates Degree in Animation, Interactive Technology, Video Graphics, and Visual Effects. My true passion is art, and having this opportunity to help educate and explain the importance of protecting our environment is an honor. 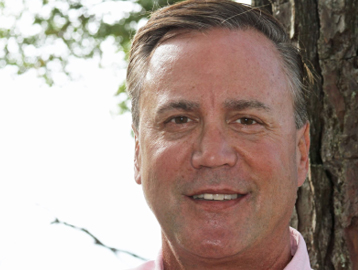 Gary Finch is a professional outdoorsman and conservationist from Fairhope, Alabama. He has been the host of the syndicated outdoor program “Gary Finch Outdoors,” for over 32 years and can be seen weekly on WKRG TV 5, in Mobile, AL and Pensacola, FL and WSFA TV 12,in Montgomery, AL, as well as regional cable stations. He is a founding producer of the Outdoor Channel. Finch’s background as an Eagle Scout and a Veteran pilot instilled, at an early age, the importance of long term planning to ensure that we continue to preserve our natural resources. He was honored to get to fly with the Navy’s Blue Angels and has appeared on NBC’s Today Show, educating the public on the Gulf of Mexico. 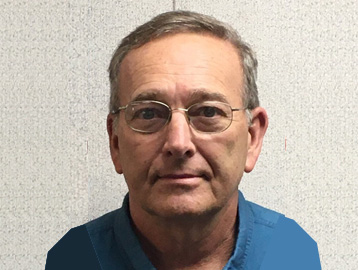 Richard is an avid canoeist who has paddled rivers and creeks across the State of Alabama and in all of our neighboring states. Richard’s experience on the water and his career in water and wastewater utilities have fueled his passion for water quality improvement. “We owe clean water to ourselves and to the generations that will inherit the world we leave. This is a responsibility we should all embrace.” 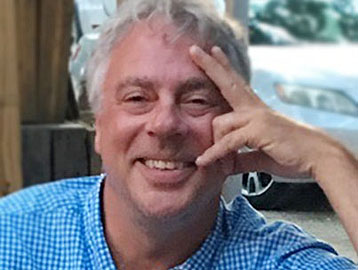 Clean Water Alabama
Charles moved to Fairhope, Alabama, in 2001 from Nashville, Tennessee.
He is owner of Charles Hudson Davis Media specializing in branding, marketing and creative Writing. Charles is currently working with CWA to develop its branding to ensure this organization stands out as a leader in making Alabama’s waters cleaner. His passion for our very own Mobile Bay goes back to when he first arrived on our Gulf Coast as a fisherman and love of the beautiful wildlife. 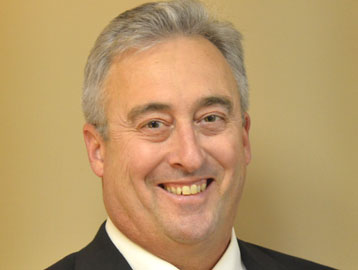 Teddy J. Faust, Jr.  was elected as Baldwin County Revenue Commissioner in 2008, with an effective term beginning October 1, 2009.  He received the Alabama Certified Tax Administrator designation in 2013.  Faust is a lifelong resident of Baldwin County.  He graduated from Fairhope High School and received his Bachelor of Science Degree in Finance from the University of South Alabama.  Before being elected as Baldwin County ‘s Revenue Commissioner, he served as a Certified Real Estate Appraiser with R. L. Farmer & Co. for 15 years.  Teddy has been a Fairhope Rotarian since 2002 and was named Paul Harris Fellow by The Rotary Foundation of Rotary International in 2006.  He served as President of the Fairhope Sunset Rotary Club from 2013 to 2014.   Teddy served as President of the Association of Alabama Tax Administrators (AATA), from 2018 to 2019. While president of AATA he was instrumental in forming the Alabama Chapter of the International Association of Assessing Officers (IAAO).  He began his third six-year term as Baldwin County Revenue Commissioner in February of 2021. Teddy and his wife Jennifer have one daughter (Elizabeth Rebecca). 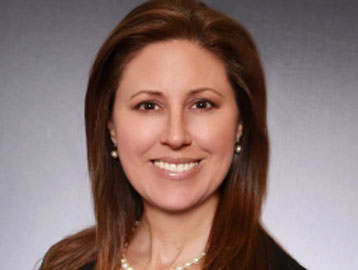 A love of water at an early age led Jennifer Foutch to her first job as a Lifeguard and Swim Instructor at her local municipal swimming pool.  From there she took a turn to the justice system, spending summers clerking at her local courthouse.  She graduated from Southern Illinois University with a Bachelor in Administration of Justice, then went on to earn her Juris Doctorate degree from Southern Illinois University School of Law.  Jennifer worked as the Assistant State’s Attorney for Perry County Illinois, and later served as the Public Defender for Perry County.  After spending over 18 years handling criminal cases in Illinois, Jennifer and her family re-located to Fairhope, Alabama.  Jennifer currently serves as the Association Executive Officer for the Baldwin Realtors Association.  Passionate about the protection of our water and natural environment, she also serves as a member of the City of Fairhope Environmental Advisory Board. 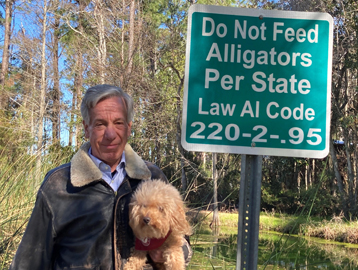 Clean Water Alabama
Andy, Joni and Rusty moved to Fairhope in March of 2020 from Eclectic, AL where they own a home on pristine Lake Martin.  “Until we moved here, I didn’t realize the unique natural treasure we had right at our doorstep in Mobile Bay, home to such a wide array of plant, animal and aquatic species.  I knew I had to get involved in efforts to restore the bay and was impressed with Clean Water Alabama because collaboration and mutual respect are the guiding principles of the organization.  With this approach, all parties are encouraged to work hard and share in the benefits of successful outcomes. 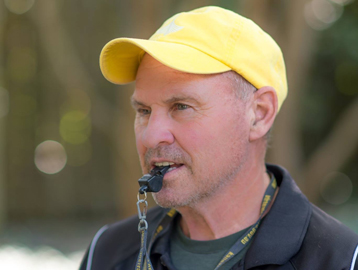 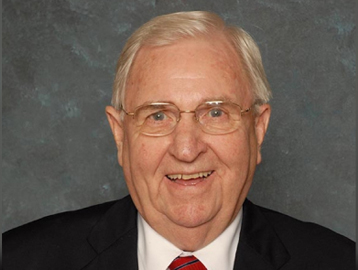 Joe Faust has served the citizens of District 94 in the AlabamaHouse of Representatives since 2004. He currently sits on the Transportation, Utilities and Infrastructure Committee , the Agriculture and Forestry Committee, and the Baldwin County Legislation Committee. Faust is a graduate of the Marietta Johnson School of Organic Education in Fairhope and also attended then Faulkner Community College — now Coastal Alabama Community College —where he studied business.Faust is a veteran of the Alabama National Guard. He is a member and regularly attends First Baptist Church of Fairhope. Joe and his wife, Sharon, live in Fairhope. 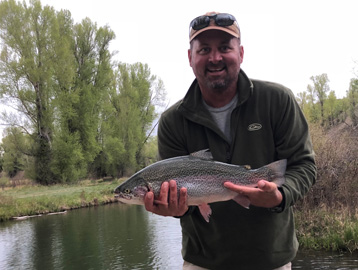 David Smart is co-owner of Streamline Environmental. His Magnolia Springs, Al. based company is involved with stream and river restoration throughout the Southeast, with a focus on erosion control as well as the creation of habitats for fish and other wildlife. David is an avid outdoorsman with a passion for making a positive difference for the environment. His company is a major sponsor of Clean Water Alabama. 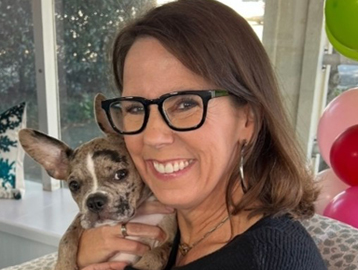 Shannon attended Fairhope High School, then graduated from the University of Alabama with a major in Advertising and a Marketing minor. After a successful career in pharmaceutical and advertising sales, Shannon made her dream of selling real estate come true in 2012.  Shannon is a graduate of the 2018 Alabama Association of Realtors Leadership class, a 2019 AAR Professionalism Trustee and serves on the 2019-20 AAR Board of Directors. She was a nominee for Realtor of the Year in 2017 & 2019 and was recently reelected to the 2021 AAR Board of Directors.  Shannon is a passionate advocate for homeless, neglected and abused animals. She is instrumental in the annual production of the Mystic Mutts of Revelry parade that benefits the Haven for Animals each year and is serving as Chairperson for the 2019, 20 & 22 Mystic Mutts of Revelry parade, the Haven’s largest fundraiser of the year. Shannon was appointed by County Commissioner Billy Jo Underwood to the Baldwin County Animal Advisory Board that advises the Baldwin County Commission regarding the county animal shelter. Shannon is a proud member of the 2022 Leadership Baldwin County class, and new Clean Water Alabama board member. Shannon and her family are members of Fairhope United Methodist Church, where she is involved in youth missions and is the 2019 & 2020 Stewardship chairperson and 2018 co-chair of the Stewardship Committee. Shannon has twin daughters that attend Mississippi State University. Rescue dogs Weezie, Drake and new puppy CiCi round out the Hesse family.