The mission of Clean Water Alabama is to engage the citizens of Alabama to take the necessary actions to ensure that our water resources (rivers, streams, lakes, bays and coast) are protected from those items that make them unsafe to its citizens, and the plant and animal life that live within and around.

A LOVE LETTER TO MOBILE BAY by: Sallie Crosby Smith

The Bay has been an integral part of my life since I was a little girl. Now I am in retirement and I remain equally connected to it.

I know its colors and its moods and it is never the same. It has scared us with its roiling and calmed us with silver luminescence.

It has caressed our bodies and floated our boats.

It has fed us, whether we scooped crabs with a chicken neck on a string, gigged flounder or bought the freshest fish or shrimp from  its bounty.

Its sunsets have validated the presence of God and taught us of indescribable beauty.

Its water is the home of all manner of creatures and its shores have given animals, birds and people a living community beyond value.

We at Clean Water Alabama are extremely grateful for the generous and impassioned response we have received from the community regarding our organization and what we are trying to accomplish. As an all-volunteer non-profit we rely on the financial support and generosity of donors to sustain our efforts.

Most recently, Streamline Environmental and co-owner David Smart, donated $10,000 and became a major sponsor of our organization. Their company, based out of Magnolia Springs, AL. is in the business of stream, wetland and coastal restoration.

The Daphne Rotary Club donated $5000 to Clean Water Alabama on January 10th, 2022 and has committed to future support of our organization. Like us, the Daphne Rotary Club is composed of volunteers who give of their time, passion and financial support to make a positive contribution to their community.

As previously reported, area Piggly Wiggly stores, owned and operated by Danny Manning became our first major sponsor with their donation and financial support. Fairhope Soap Company and owner Deborah Bruijn created a Clean Water Alabama soap line and has become a major sponsor, donating proceeds from related soap sales. These in addition to contributions from Baldwin Realtors and the Fairhope Sunset Rotary Club have allowed us to move forward on the following projects we are supporting and actively involved in.

As we have stated before, if you look at the impact of pollution on our waterways in totality, the task at arriving at better water quality may seem overwhelming and thus turn people away from trying to do something about it. Not us, our mission is to educate the public on the threats to our water ways and to support and promote best practices designed to mitigate these threats. Overtime, step by step, we all can make a difference in reaching our goal of cleaner water in Alabama’s beautiful and abundant waterways. To learn more about us and how you can support our efforts please go to cleanwateralabama.com.

Your support and contributions will enable us to meet our goals and improve conditions. Your generous donation will fund our mission.

Or if you prefer to mail a donation, please send a check to: 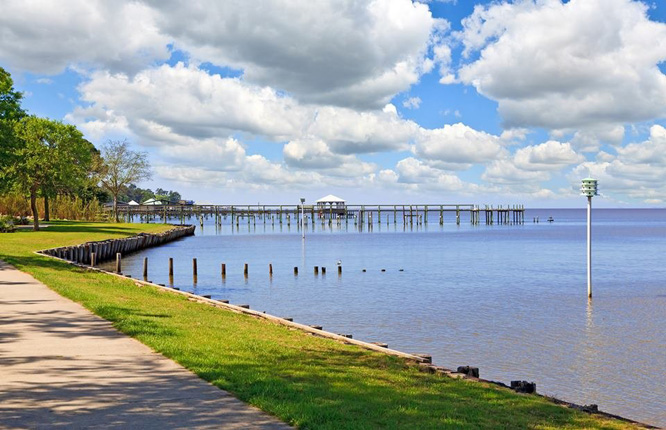